1991 – 1993, PEUGEOT ITALIA – To tell the truth, my first day on the job was the day before, August 26, the day Automobiles Peugeot (the parent company) launched all over Europe with a live televised press conference from its Paris HQ its new model, the 106. In one of the ballrooms of a modern downtown Milan hotel, I touched basis for the first time with a world – the automotive world – that would be my home for the next quarter of a century. I had been chosen by my new boss, PR veteran and genius William Dozza, at the end of an interview process that had taken place in mid July and on the first day in August. William would become my role model – respected by all the Italian journalists, loved by most, he taught me all that I learned in the field of PR applied to the wonderful and strange world of automobiles. My first contact with this world had come about thanks to an ad printed on Milan-based daily newspaper Corriere della Sera, in which an unnamed company was looking for a Chief Press Officer.

1993 – 1996, TOYOTA MOTOR ITALY – I loved my job at Peugeot, and I was already thinking that in due course of time I would eventually take my boss’ position when he’d retire… when a headhunter came knocking on my door. The offer was the top PR job at the then newly formed Italian branch of one of the world’s largest car manufacturers. For its Italian operations, Toyota was looking for young people with a discernible potential and – guess what – the choice fell upon me. I was younger than the personal profile they were looking for (I was 29; their range was 30-35) and with much less experience than they were seeking (a minimum of 5 years; I had 18 months)… but they chose me. On so I packed my bags, left Milan and went to Rome, where I would stay for three interesting, enjoyable and formative years.

1996 – 2001, PIRELLI – Pirelli meant going back Milan after my Roman years. It also meant a position in the global HQ of an international company after two positions in the Italian subsidiaries of international powerhouses. At Pirelli I worked on a lot of things – with the exception of… tires! Well, apart from the two years that I was the press officer for motor racing, which at the time did not include Formula One, but had a large share in the late 1990s World Rally Championship feats – the days of giants like Colin McRae, Carlos Sainz and Tommi Makinen. Pirelli for me also meant the long endurance races, most notably the Daytona and Le Mans 24-Hour races. 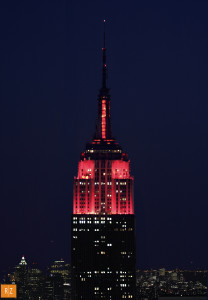 2001 – 2005, FERRARI – I started to work for Ferrari – my childhood dream; well, everyone’s childhood dream… – on July 2, 2001. The dream became true thanks to my second Maestro, Antonio Ghini, who at the time was the PR guru for Ferrari and Maserati worldwide. After three intense weeks in Maranello (and in Antonio’s office; sitting in countless meetings, listening to his phone calls, learning all there was to learn from one of this profession’s greatest) I crossed the Pond and landed in New Jersey, where I worked for the next four years on both the Ferrari and the Maserati sides of the equation.

2005 – 2015, MASERATI – The Ferrari-Maserati demerger meant two things for me: the first one that I spent my last months in the US working only on the Ferrari side; the second one that I would soon take up the responsibility of Maserati’s PR on a worldwide level. The down side of the affair was that I would have to leave the US and return to Italy – Modena, that is. It was the beginning of another striking chapter in my professional career, a ten-year working relationship with talented and beautiful people, which culminated with the yearlong celebrations of the Maserati Centennial in 2014.