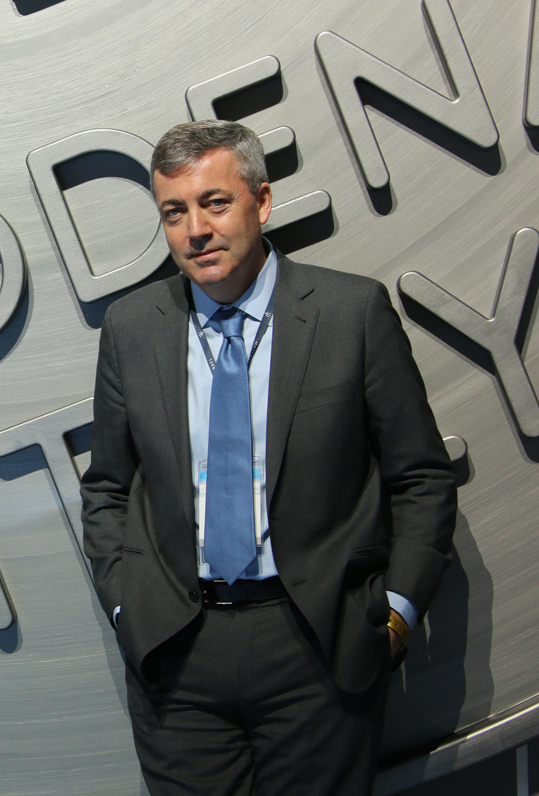 I was born in Cremona, Italy, in 1963. After humanistic studies in high school in Italy, I went to the United States as an exchange student for my senior year. I landed in Owensboro, Kentucky, a wonderful “Happy Days”-like town on the banks of the Ohio River. Wind back the clock to 1982, when Italy and America were as distant as the earth from the moon – no skype, no Internet, no cell phones. Apart from Paolo Rossi, the soccer player who had just won for Italy that year’s world cup, the most famous Italians came from the same city: Luciano Pavarotti and Enzo Ferrari. With Modena being of course the city. Little did I know, given what I would do later in life!

At the end of my senior year in high school, contrary to most exchange students, instead of going back to Italy, I stayed in the United States. My senior year at Apollo High School (check: it’s the same school attended by big NBA star and Mr. Basketball USA 1985 Rex Chapman, who was a freshman the year I was a senior) exposed my love for American History and Politics and so, when in the fall of 1983 I enrolled at the University of Kentucky in Lexington, instead of majoring in Journalism (my first love), I decided to double major in US History and Political Sciences.

After I graduated in the spring of 1987, there was a decision to be made – and I decided to head back to Italy. To be honest, after so many years, I am still not entirely sure that I made the right decision. But after five (wonderful) years in the United States I missed my hometown and to Cremona I returned that summer.

Studying abroad was rare in those days. For this reason, when I returned to Italy, I was presented with a number of job offers. I chose the one that allowed me to stay in Cremona and became the first Chief Press Officer in the history of the Province (local government, Italian for County) of Cremona. That lasted nearly two years until I had to serve in the military, which at the time (Cold War, remember?) was mandatory in Italy. Luckily, I was selected for the Air Force (no flying) and made the best of the twelve months I served – including writing my first attempt at a novel. That first literary attempt went nowhere, but taught me that I was at least capable of thinking in terms of writing a novel-long… something. Until then, all my writing experience had been confined to the 500/850 words of a newspaper article or the 1000/1500 of a magazine story.

At the end of the military service, it took me a whole year to find a new job. In the meantime I continued my reporting and editorial contributions to Cremona’s LA PROVINCIA local newspaper – for the record, my first published newspaper story appeared in the summer of 1980, when I was 16. At the time of the first Gull War, I even wrote the text of the daily news segments for a local radio station.

Then, in the summer of 1991, I answered an ad run by Corriere della Sera, Italy’s oldest and largest national newspaper. The Italian branch of French carmaker Peugeot was looking for a new Chief Press Officer and, long story short (though it isn’t really a long story since I was offered the job at the end of the second round of interviews), I was offered the position. It was the beginning of a fantastic journey within the automotive world that brought me also to Toyota Motor Italy, to Pirelli, to Ferrari and, lastly, to Maserati.

Hand in hand with my career in the automobile sector grew my writing career. I started working on what would be my first novel – LA SCUDERIA – when I was at Toyota. I began to think that I had a chance to publish a book when I was at Pirelli. I had the good fortune to find in journalist friend Umberto Zapelloni the ideal travel companion and though LA SCUDERIA remained in a drawer for long, together with Umberto I published my first book in the first autumn of the new century. The other books came as a consequence of that first one: two more with Umberto building on the success of our LA ROSSA E LE ALTRE (a chronicle of the first 50 years of Formula One, published in 2000), my first solo book (IL TEDESCO VOLANTE, 2004), my first book with a non-Italian publisher (THE FERRARI PHENOMENON, 2010) and yes, finally, my first fiction novel – LA SCUDERIA, published in 2009.

Now ENZO FERRARI – POWER POLITICS AND THE MAKING OF AN AUTOMOTIVE EMPIRE, the biography of Enzo Ferrari that I have always wanted to write hoping to add something new, and to offer a different perspective on one of the towering figures of the 20th Century.