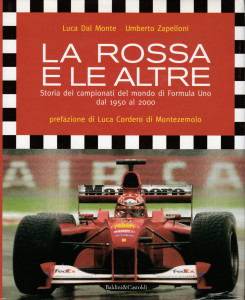 It’s my first book – the chronicle of the first half-century of Formula One racing. Year by year, Umberto and I took the reader through each and every one of Formula One’s first 51 world championship seasons – from 1950 through 2000, from Nino Farina’s title in Formula One’s maiden season to Michael Schumacher’s first world crown with Ferrari. When we decided to write the book together, Umberto and I split the job, choosing the decades we would individually research and write. Whenever we finished writing a chapter, we would send it to the other so that he could read it and, when necessary, re-write. Despite the pro-Ferrari title (THE RED AND THE OTHERS – where RED naturally means Ferrari…), the quality of the book resides in the balance with which Umberto and I, though Italians, tried to analyze and narrate each and every season despite the role that Ferrari had played in it that year. For Italian sports literature it was a first, a fact that was appreciated by both reviewers and readers. Luca di Montezemolo, at the time President and CEO of Ferrari, wrote the Foreword. Luck had it that the book came out right after Michael Schumacher’s first world title win with Ferrari – a coincidence that paid off during the 2000 Christmas shopping season! 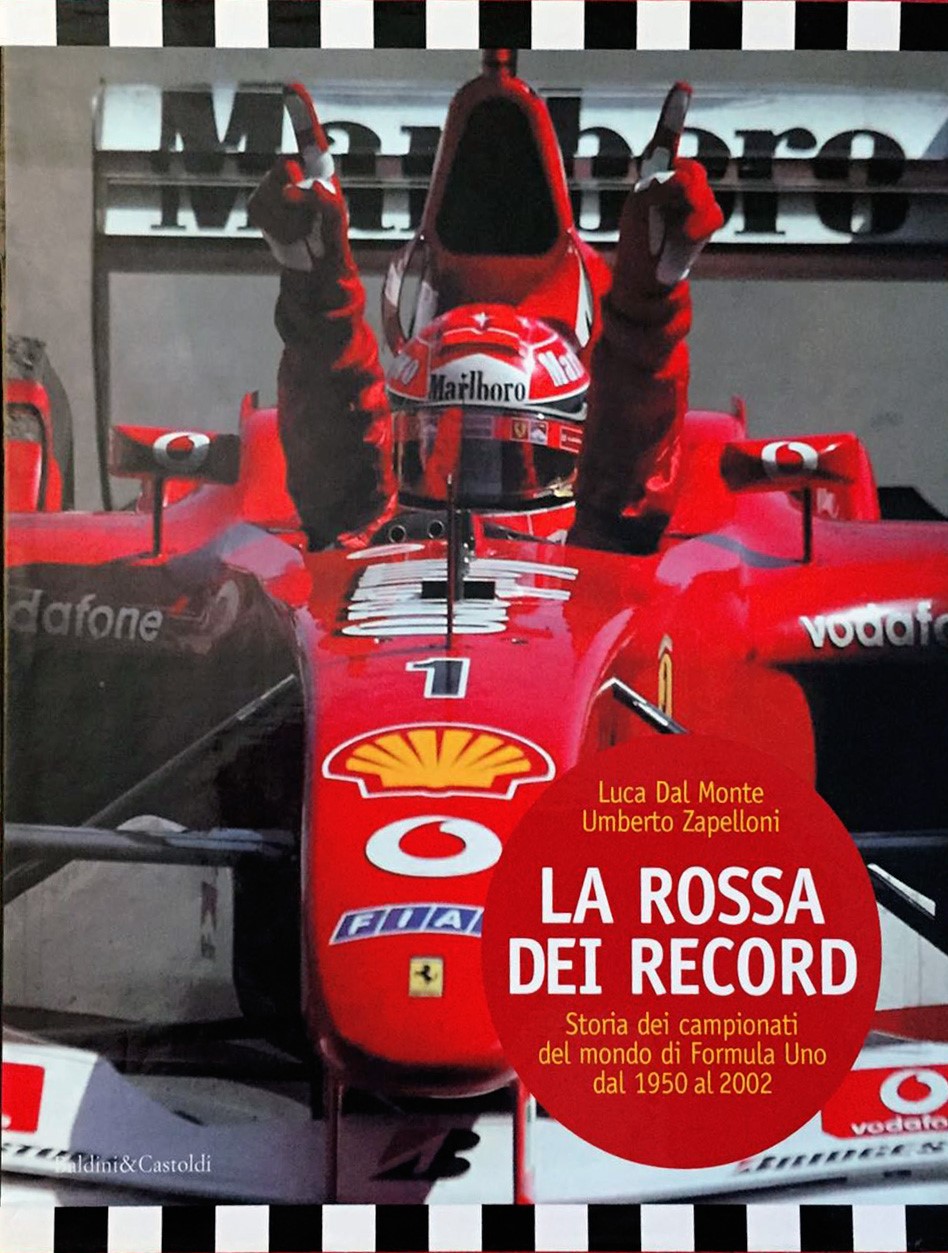 Schumacher kept on winning and Umberto and I were asked to update our original book with the tale of the 2001 and 2002 seasons. As far as the first draft was concerned, the new text was written almost entirely by Umberto. My task was to make sure the new chapters were homogeneous in terms of writing with the chapters that made up the first book.

It is the closing chapter of the Formula One saga started three years earlier with LA ROSSA E LE ALTRE – a single volume covering all F1 seasons from 1950 through 2003 – which ended with Michael’s fourth consecutive world title with Ferrari, and his sixth overall. 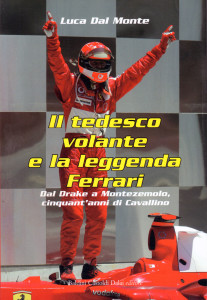 It is my first solo book. While LA ROSSA E LE ALTRE had requested years of research and writing, I wrote this book in just six weeks. It is a totally different volume than the previous three, and it is divided into two distinct sections: the first dealing with Ferrari’s world championship titles and drivers of the Enzo Ferrari era; the second dealing with the extraordinary feats of the Michael Schumacher years under Luca di Montezemolo. Schumacher was on his way to his seventh and final world crown and the book celebrated his extraordinary result and career, placing both in the perspective of Ferrari’s entire and long history. Thinking back to the title of my first book, I had proposed the Hitchcock-sounding title: THE RED THAT LIVED TWICE. But the publisher preferred a less cryptic title.

It is my first book written in English and published outside of Italy. Journalist friend Matt Stone – then Executive Editor at Motor Trend magazine – mentioned one night over dinner in Modena that he was writing a book on Ferrari the company… and I asked if I could join in. I told Matt that I believed I could add a different perspective – both as an Italian and as a former Ferrari insider – and he immediately agreed. Publisher David Bull went along with the idea and in a little over a year the book was ready. 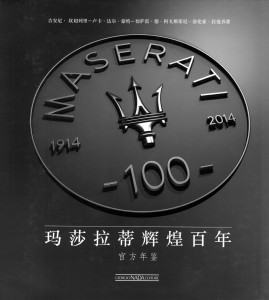 It is the official book of the Maserati Centennial. At the time, I headed the worldwide Press and PR department of Maserati and was given the task of not only writing the book, but also of choosing any other author I felt could add value to the tale of Maserati’s first 100 years. In choosing Gianni Cancellieri and Cesare De Agostini to write the section devoted to Maserati’s legendary motor sport history, I fulfilled a personal ambition: that of authoring a book with two celebrated historians, whose names had been familiar to me ever since I was a young man and spent my evenings reading the books they had written. In choosing famed automotive designer Lorenzo Ramaciotti, I knew that I selected a person who knew his turfs in terms of cars as very few others in the whole world. The result is an enjoyable volume that looks and sounds more like a scholarly researched publication that the classical company-sponsored celebratory book. It is perhaps no coincidence that the English language version, MASERATI – A CENTURY OF HISTORY, was a finalists of the Royal Automobile Club “Book of the Year Award” in 2014. It was translated also in French and Chinese.   [:]